There’s something about fall that just makes me want to curl up on the couch and read a ton of books. And I know I’m not alone in that! I put together a group of books that I think would make a great cozy reading list for fall.

I’ve never really been someone whose reading taste changes with the season. Usually, I just go with whatever I’m feeling at the time. But time has been such a weird thing this year, and I want to try and make the seasons feel more distinct by reading books that feel somewhat appropriate for the times.

I know that everyone’s reading preferences are so unique, and this is the first time I’ve really tried to make book recommendations. Personally, I tend to enjoy personal development books, sci-fi, and romance, but I’m kind of all over the place. I honestly don’t think I’ve read enough to definitively say what my reading tastes are, so I’ve been trying a bit of everything to help me figure it out. Nevertheless, I came up with a list of books that reminded me of autumn in some way.

I’ve grouped these books based on what you might be looking for. There are some scary books, fantasy and adventure books, and some that are more light-hearted and comforting. Without further ado, here are 8 books to add to your cozy fall reading list…

If you’re looking for something scary… 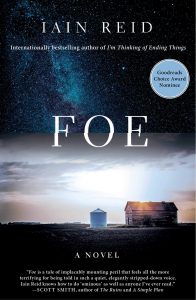 I think it’s best to go into this book without knowing too much about the plot. Basically, it’s a near-future sci-fi thriller that takes place in a little house in the middle of nowhere. Junior and Henrietta are happy with their solitary life on their farm until a stranger from the city brings news that changes everything.

Foe is mostly scary in a psychological way. There are no real jump scares or gory moments. If you like domestic thrillers that build up a huge sense of paranoia, this is the book for you. I think I read Foe at an interesting time in my life. It was right after I moved in with my boyfriend, and that added an extra layer that made me question the nature of building a life with someone and what it means to share a home. Not in a bad way, of course! Just something to think about. 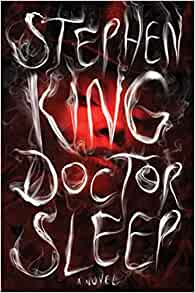 I don’t think you could make a fall reading list without including at least one Stephen King novel! I’m going to recommend Doctor Sleep, but you could easily pick any of his other books that sound interesting to you. Doctor Sleep is also the sequel to The Shining, so you could also totally read that if you haven’t already.

Doctor Sleep follows The Shining’s Danny Torrance, who is now an adult. He still has his gift of “the shining” that has caused a lot of adventures in his life. Danny, now called Dan, has found a job at a hospice, where he comforts patients before they move on to the afterlife. He meets a young girl who has a stronger version of the shining, and it all picks up from there!

I read this a few years ago and I remember there were some scary parts, but it’s definitely not the scariest book Stephen King has ever written. I think it’s important to know your limits in terms of horror, especially if reading is a self-care activity for you. You probably want to feel better after reading, not more freaked out than you were before. Personally, I used to have a much higher tolerance for scary books, but during this pandemic, I’ve really been leaning toward lighter and funnier reads.

If you’re looking for an adventure… 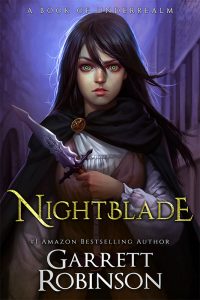 This is a good one if you’re looking to get into an epic fantasy series that’ll probably carry you into winter as well. Nightblade is the book that started it all, but now there are several other series that all take place in the world of Underrealm. Which means there are plenty of ways for you to get sucked into the adventures! You can even download the first book for free if you sign up for the Legacy books email list.

Nightblade follows Loren, who escapes from her small village and is immediately thrown into a whirlwind. She meets Xain, a fugitive sorcerer, and many other people during their travels together. Through it all, she carries the Nightblade, a dagger with properties that even she doesn’t understand.

I’ve been a fan of Garrett for years, so I’ve been around for many of the book releases. He’s made a ton of videos on his YouTube channel where he’s really open about writing and the self-publishing process. He even used to livestream while he worked on the books which I found super interesting. The Nightblade epic is definitely a fantasy series that is worth checking out! 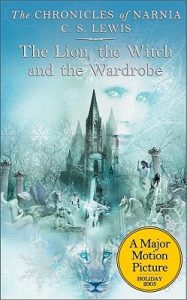 The Lion, the Witch and the Wardrobe by C.S. Lewis

Technically, most of this book takes place during winter, but the series as a whole is a good one for fall. I should know, I’ve been listening to them on audiobook for the past two months and it’s been lovely.

For me, the Narnia series is nostalgic, which is an important element of making my cozy reading list. It’s nice to be reading things that take you back to simpler times or bring back good memories. I feel like I should put in the disclaimer that there are some sexist and religious themes that I don’t agree with, but they are old books and I’ve chosen to just enjoy the adventures and not be too critical about it.

In case you’re not familiar with the Narnia series, it mainly follows four children and their adventures in the magical world of Narnia. There are kings and queens, talking beasts, and all sorts of fantastical creatures. A few of the books also have movie adaptations, which I haven’t seen but I think that could be a great activity for a cozy fall night. 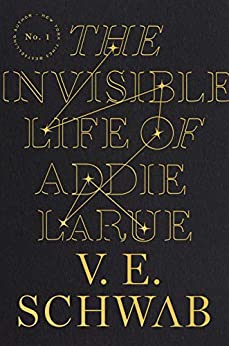 The Invisible Life of Addie LaRue by V.E. Schwab

I’ve seen pretty much every book YouTuber talk about this book, and there has been a lot of hype for this book. I read the premise, and it seemed to be a perfect fall read.

In the 1700s, Addie LaRue makes a deal to live forever – with the catch that she’ll be forgotten by everyone that she meets. This is true for almost 300 years until she meets a young man who actually remembers her.

I don’t think I’ve ever read a historical fantasy before and I don’t know any more about it than that, but it just seems so intriguing. It’s on my TBR list for sure!

If you’re looking for something cozy… 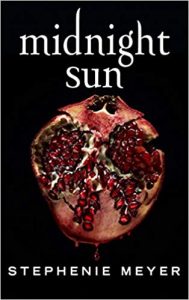 This one seems like an obvious choice for this year. I’m looking forward to the nostalgia and a little bit of ridiculous teen-and-vampire angst. 2020 has been, in many ways, a dumpster fire, and I just want something that will make me smile.

You probably know the premise (and the whole story) already, but Midnight Sun is a companion to Twilight told from Edward’s perspective. It promises to share more about his past and thoughts that always seemed to be such a mystery in the original book.

To me, this seems like a cozy pick because of the nostalgia, especially if you were (or are) a big Twilight fan. The story is already familiar. It’s a new book, but it still feels like returning to something old. Even if you don’t like the series, I think that’s a unique position to be in with a book. 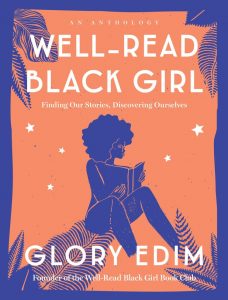 Finding such a connection in literature is a powerful experience, and this is a whole book full of those moments. I have definitely taken it for granted in the past that I’ve been able to easily find books with characters who look like me. This book helped me understand that privilege and what it’s like to not be as fortunate.

I loved the stories and all of the recommendations. It’s a great resource for finding more books from Black female authors. So is the Well-Read Black Girl book club, which is dedicated to reading the work of Black women and highlighting the diversity of literature. 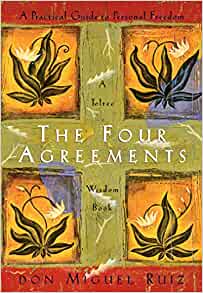 Based on ancient Toltec wisdom, the agreements are a method for moving past self-limiting beliefs and finding a place of joy. The holidays are coming, but these principles can be applied at any time.

This book really has the power to be life-changing. Its wisdom is perfect for starting on a journey of mindfulness and gratitude. It may seem simple, but I can’t recommend it enough!

A note about these links

The links for all of these books (except Nightblade, which I’ve chosen to link directly to Robinson’s site) will take you to Bookshop.org. They are affiliate links, meaning that I will receive a small commission at no extra cost to you if you decide to purchase one of these books or any other book through my link.

I chose to become an affiliate of Bookshop.org for a few reasons. It has a large selection, and I haven’t had a problem finding any book that I’ve wanted on their site. The books themselves come from local, independent bookstores, so buying from them is supporting those stores. Which is something that I am super passionate about! Also, I have personally placed several orders with them and haven’t had any issues. Ordering with my link would also support me and all of the free content on Plants and Pondering.

There are so many places where you can buy books, but I hope that you’ll consider Bookshop.org. I am incredibly grateful for all of your support.

So there are some ideas to add to your cozy fall reading list! Fall is such a great time to find some awesome books or get back into reading if you’ve been in a slump.

I’ve definitely been doing more reading lately. It’s so comforting to snuggle up on the couch with a book and just forget about everything going on in the world for a bit.

You may also like to hear about how my reading was going at the halfway point of my Goodreads challenge.

Any cookies that may not be particularly necessary for the website to function and is used specifically to collect user personal data via analytics, ads, other embedded contents are termed as non-necessary cookies. It is mandatory to procure user consent prior to running these cookies on your website.